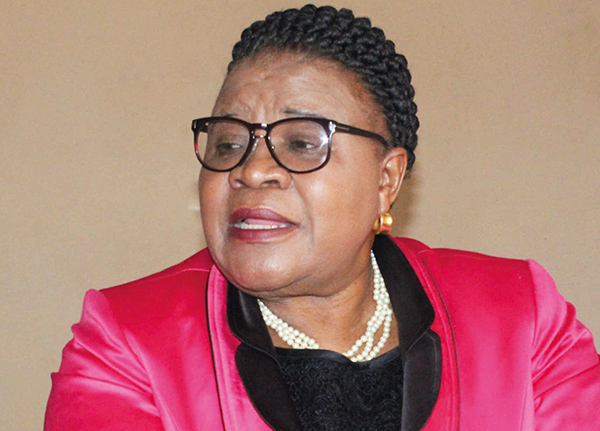 Hon. Mats’epo Ramakoae is a seasoned politician, the sitting Chairperson of the Women’s Caucus in the 10th Parliament, and a former Deputy Minister of Finance of the Government of the Kingdom of Lesotho.

She holds an MA in Public Policy and Administration from the Hague University and BCom Honors Degree in Management from the National University of Lesotho. She has had an illustrious civil service career serving as a Management Analyst and rose through the ranks to be a Directorship, a Principal Secretary in several government departments including holding a statutory position as a Commissioner of the Police Complaints Authority.

She left to pursue a political career in 2007, won in 3 national elections and is the Member of Parliament (MP), representing the Matsieng Constituency. Hon. Ramakoae is the first Mosotho to be appointed as Chairperson of the Regional Women’s Parliamentary Caucus by the SADC – Parliamentary Forum; she is also the elected Regional Representative for the Commonwealth Women Parliamentarians since 2018.

She serves in 3 other Committees of Parliament Chairperson of the Regional Women’s Parliamentary Caucus these include Prime Ministers Ministries and Departments (Chairperson), Social Cluster, and the Public Accounts Committee.  She is a proud mother, blessed with a daughter and son who are successful professionals in their own right.